Learn how the eLynx Rules Engine can combat alarm fatigue and offer a real-time diagnostic tool. 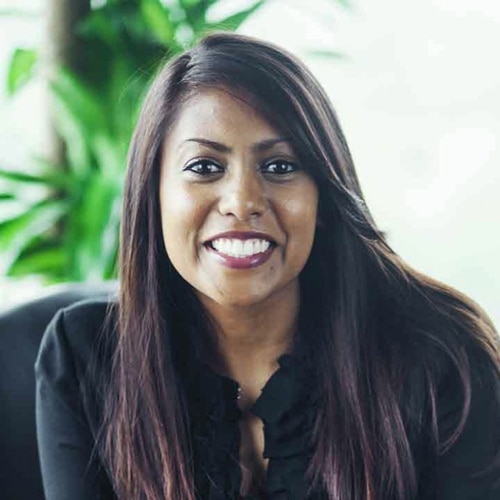 As a manager of oil and gas operations, you are probably very familiar with the constraints of building meaningful alarms, not to mention alarm fatigue. Operators often become desensitized to traditional alarming, resulting in costly oversights. eLynx Technologies has partnered with oil and gas engineers to create a new multivariate system: the eLynx Rules Engine. The Rules Engine not only helps combat alarm fatigue, but also provides operators with a real-time diagnostic tool. With the Rules Engine, users can choose to build out their own rules using the eLynx Query Builder, or apply canned diagnostic rules developed by engineers.

What Makes the Rules Engine Different?

Look at multiple variables together, not separately.

Traditional alarming only allows for a single variable and doesn’t grant any consideration for alarming based on a combination of variables. The Rules Engine however allows you to alarm when multiple conditions on multiple variables are met.

For example, our canned diagnostic rule for Liquid Loading looks at the divergence between tubing pressure and casing pressure notifying lease operators, that the well is loading. Traditional alarming could only notify when either variable reached a certain threshold.

Alarm Trip logic and clear logic can be different.

The Rules Engine allows users the choice to either clear the alarm when the trip conditions normalize or when a different set of conditions are met. With traditional alarming, flagging and clearing conditions can’t be two separate things.

For instance, when tank levels are oscillating, you wouldn’t want to receive alarm notifications each time a threshold is met. Instead, the Rules Engine allows for the creation of a “dead band,” allowing operators to decide when to notify and when to clear.

Use dynamic parameters with a time component.

Unlike traditional alarming, the Rules Engine isn’t solely tied to thresholds, but can take it a step further with more complex parameters. Users have the option of working with the traditional Last Known Value or use functions such as minimum, maximum, and average value over a specified time frame.

As part of the new Rules Engine, the way alarms and notifications are stored has changed. The eLynx Event System gives operators a way to obtain a labeled time series data set. When rules are running, the system records the start and end time, rule logic parameters, and options to add notes or further categorization.

For most lease operators, production superintendents, and engineers, the Rules Engine is an answer to building meaningful alarms as well as combating alarm fatigue. The Rules Engine gives a simple yet reliable way to alarm on issues that matter most, whether it be consecutive missed arrivals or a notification to management when the field opens a well.

When a meter is receiving the same value repeatedly, it is likely an indication that the reading is stuck. Traditional alarming doesn’t have the functionality to alert you for this type of issue. With the Rules Engine, create logic that alarms when a reading shows no variation for a specific amount of time. When this rule is flagged, you automatically know there’s something wrong with the sensor.

Alarm Over a Time Period

Traditional alarming usually alarms on-the-spot. In contrast, with the Rules Engine, you can alarm for the last known value over a specified time period. Sometimes you only need to know when a reading has been over a certain threshold for more than 15 minutes. Traditional alarming will send a notification for each occurrence, but the Rules Engine has the capability to send a notification when the threshold has been breached for X amount of time.

Percentage of Change Over a Time Period

When a variables change is greater than the desired percentage threshold, the Rules engine lets you know there’s an issue. We can even look over a longer period by calculating the slope of the variable over a given time period.

The Rules Engine can alarm for variables that should be constant. Flag for any change of any kind. For example, if there is any change to the diameter of a pipe, the Rules Engine will notify you. This rule applies to variables you would expect to remain constant, such as pipe diameter. Likewise, this could be used to automatically document when changes are made, such as plate size or choke size.

Traditional alarming can create an event for when a value is too high, but this is not always an accurate parameter for issues. The Rules Engine contains a rule that alarms when the signal to noise ratio falls outside of your predetermined threshold range for a specific amount of time. Imagine being able to know when an ESP starts gas locking after receiving a notification that the amperage is not steady.

Average/Minimum/Maximum Over a Time Period

For stuck motor control valves, set your minimum and maximum parameters for a time period. For example, if the maximum flow rate is less than 350 mcf/d and the minimum flow rate is greater than 25 mcf/d for a period of 4 hours, then you know the valve has not shut when it was supposed to and requires your attention. (Setting the minimum value at 25 mcf/d prevents a leaky valve from flagging the rule.) Let your team know the controller needs to be reset. Obtain maximum value with minimal effort.

Percentage of Readings Out of Range

Find out the percentage of out of bounds readings for a specific time period. Set your ‘in-bounds’ threshold, the duration to be evaluated, and the percentage at which you want to receive an alarm. For example, set a rule to flag when the total values less than 0 and greater than 5000 over the past 4 hours is more than 10 percent for casing pressure. Now you have an easy way to detect a failing sensor without the alarm noise creating by a few bad readings.

When a plunger misses an arrival, traditional alarming lets you know when it happens, which means you get an alarm notification every single time. Often, it’s more meaningful to know when the arrival has been missed consecutively. Consequently, the Rules Engine can flag an event when there are two or more missed arrivals in a row. That means less alarms and more meaningful data.

If you are interested in learning more about the eLynx Rules Engine, contact one of our sales representatives today.

Samantha McPheter
Samantha joined eLynx in 2009 as a member of the customer support team. After working directly with customers to provide support and training for seven years, Sam then became the Chief Product Officer where she the led the vision and execution of the eLynx platform. In early 2020 Sam was promoted to President and CEO.