How Our Oil Data is Different

Crunching bits and bytes to save you billions 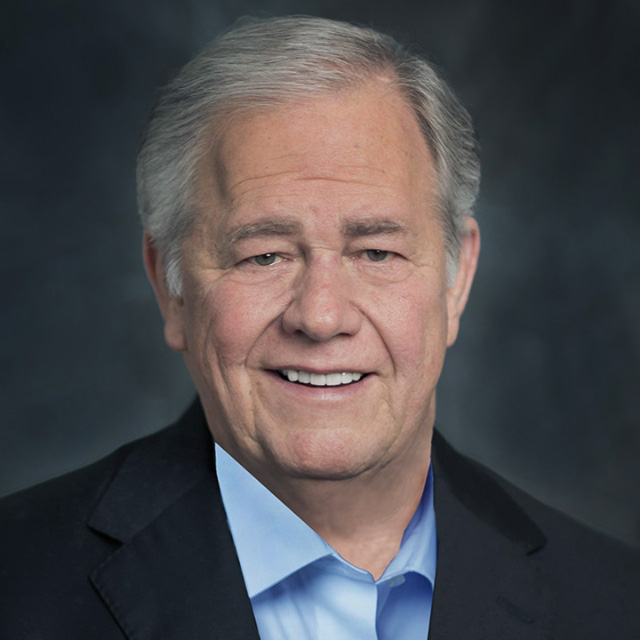 People will tell you timing is everything — you have heard it a million times. Believe them. Twenty years ago when we started eLynx, for example, nobody could have guessed that our timing was spot-on. Back then, sensors and software were an oil-and-gas novelty, but they seemed like a big deal to us. With data, we thought, companies could track performance and better manage wells from afar. So we launched eLynx, one of the industry's first data-oriented firms.

The combination of sensors and software quickly gained traction in the market. Soon, somebody suggested we build something called a website. Our response (this was during the '90s): "What's a website, and why does it cost $1,000 to build it?" We went ahead and made the investment, and then things then really took off. It turns out, by offering SCADA as a service (the first to do so in oil and gas), we had invented a better mousetrap.

We built a thriving business with more than 80 employees that uses cloud-based software to help oil producers remotely track and manage oilfields around the globe. The company continues to innovate and make big differences for customers across this great industry. To date, our services have monitored more than 40,000 wells.

A few years ago, after migrating all of our customers to Microsoft Cloud, Microsoft noticed that we were doing interesting things with our data. They invited us to present at conferences, and a flourishing relationship developed. Today, we are one of only 260 Microsoft commercial partners.

As the powerful relationship with Microsoft blossomed, we began sensing companies were leveraging data to not only assess the current state of their businesses, but to see the future — to understand when things would break. We began evaluating the oil and gas industry and how we could take advantage of this burgeoning field called predictive analytics. We quickly realized that we possessed the keys to the predictive analytics kingdom: eLynx had deep troves of data. Mounds and mounds of it.

And it wasn't just data. We hired PricewaterhouseCoopers to audit the quality of what we had collected. Once it was complete, PwC informed us that ours was the best they had seen in the oil and gas industry and as good as any data in any industry for doing predictive analytics modeling.

The firm's data scientists, which already had assessed other data in oil and gas (and judged it poor), reported we had the cleanest data they’d ever seen. Ever. In any industry. In fact, it was so compelling that some of our very first hires for the new predictive analytics team came from within the walls of PwC.

We quickly learned that if you’ve got historical data — information that extends across platforms, companies and decades — you’ve got the start of a crystal ball. Add brilliant data scientists who can slice and dice that information, and incorporate groundbreaking algorithms that rely on past patterns to predict the future of a well, and you’ve got the kind of magic every oil producer desires.

As we explored the places where our data and predictive analytics intersected, we imagined our customers and the millions of dollars they’d save.

Doing this work is not easy. Many oil-and-gas companies spent years collecting bits and bytes of data, but failed to make sense of it. Normally, the data wasn't any good. Among other things, the oil companies were not consistent with how they labeled the data — and consistency is vital in this field. Firms outside of oil and gas, too, have started to emerge, promising predictive analytics based on their fluency with data. But in addition to lacking robust data, the newcomers are missing something else that is essential: context. They may understand data, but data divorced from the mind-bogglingly complex oil and gas industry lacks predictive power. And again — without reliable, strong data to begin with, it doesn't matter how many analytics geniuses you throw at the problem. Bad data translates into failed analytics.

We're fortunate to have it all — the data and the context.  Our many relationships are essential, serving as the backbone of all that we do. We intimately understand producers, anticipating and appreciating each customer’s strengths, needs and pain points. We grasp the shortfalls of existing software used by oil and gas partners; we know where and when the human element screws things up. We’re well versed in all the complexities of pumps and operations. And finally we drew from the best minds in data science to build our analytics team, engineers and scientists who previously performed  data for airlines, plotted cancer research trends, pioneered data-driven discoveries in neuroscience and led the sharpest minds in the business.

Then, we set them free. We pulled them out of the distractions of day-to-day operations at eLynx’s headquarters and gave them their own "skunklynx" office across town. For the past year, our data team has been crafting algorithms, testing theories and collaborating with beta customers large and small about how to leverage the past and present to predict the future.

The hard work has paid off. Our initial beta tests have shown remarkable results. Our software analyzes a complex diversity of factors, such as the health of a pump, how many times a plunger goes up and down per minute, the RPMs, ambient and underground temperatures, different kinds of pressures, and so much more. And  then algorithms predict in real-time when a pump may fail — hours, if not days, in advance. That first anomaly detection product saved an average of $710 per month per well. In the end, for a 500-well field, that translates into $4.2 million in savings per year and this is just the beginning.

Also, our team is developing a huge scope of tech tools for optimizing every corner of well operations. The early results are in, and they’re telling us again that the highway of the future is paved in data, that our customers are waiting in the passing lane, poised to lead the pack. This year our analytics products will continue to roll out new ways of improving wells and oilfields that ultimately will save billions of dollars and build reserves.

We have the first mile, the data. And now we have the last mile, too—the products. The potential is enormous.

Stephen Jackson
Stephen E. Jackson is the president and chief executive officer of eLynx Technologies, LLC, a leader in data-driven analytics, remote monitoring and field automation for the oil and gas industry. Since 2000, eLynx has pioneered real-time data collection, production reporting, and remote monitoring and control for more than 400 exploration and production companies.